We at T.I.N Magazine have taken our time to compile and rank the richest people in Nigeria like we did last year June 2015. Well, within the last 12 last months a lot has happened to the Nigerian economy and a lot of people have dropped in worth only a very few increased in their worth.

The ranking was set based on the Real-time Forbes estimates of the richest personalities in Nigeria and other credible net worth raters. some people’s ranking might have been judged based on 2015’s most recent ranking by Forbes due to the fact they have not declared their assets and they haven’t been looked into since then.
CHECKOUT: 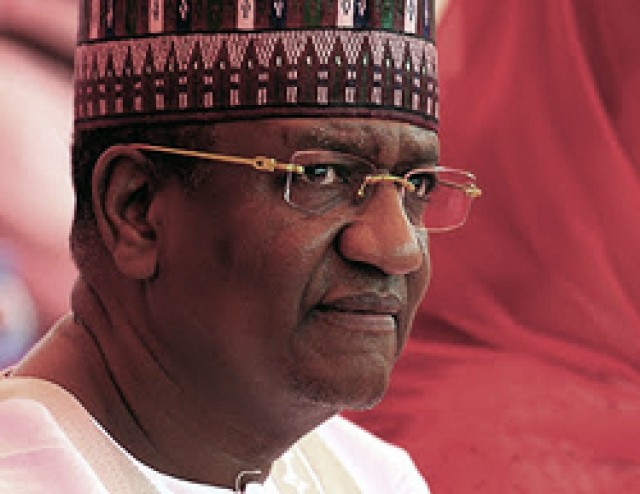 Mohammed Indimi is the founder and chairman of Oriental Energy Resources, Limited. This
company has interest in the oil sector, especially in the Nigerian Upstream Oil and Gas sector. Mohammed Indimi founded his company in 1990 and has expanded the company’s portfolio that it now has assets in Offshore Nigeria. These assets include the Ebok Field (OML 67), Okwok Field (OML 67, and OML 115).
In the year 2014, Forbes listed Mohammed Indimi as the Africa’s number 37th richest man.

Jim Ovia is the founder of Zenith Bank Group, a bank he is the largest individual shareholder with about 9.3% stake. He is also an investor in real estate across Nigeria. His other assets include Visafone, a mobile telecommunication outfit.
In August 2014, Jim Ovia commenced the construction of $1.5 billion petrochemical complex in Akwa-Ibom State Nigeria.Forbes listed Jim Ovia as the 30th richest man in Africa in the year 2014.
7] TONY .O ELUMELU

The popular businessman dropped in worth this year due to the economic situation.
Tony O. Elumelu is an economist by training, a visionary entrepreneur and a philanthropist. Tony is the Chairman of Heirs Holdings, the
United Bank for Africa, Transcorp and founder of The Tony Elumelu Foundation. Elumelu holds the Nigerian national honours, the Commander of the Order of Nigeria (CON) andMember of the Order of the Federal Republic (MFR). In 2011

The General dropped a lot in worth within the last 12 months from 1.8bilion to 750million
Theophilus Yakubu Danjuma GCON FSS psc is a Nigerian Jukun soldier, politician andmulti-millionaire businessman and philanthropist. He was Nigerian Army Chief of Army Staff from July 1975 to October 1979. He was also Minister of Defence under Olusegun Obasanjo. Danjuma is chairman of South Atlantic Petroleum (SAPETRO).

He was ranked the 1577 richest person in the world with a net worth of $1.1billion.
AbdulSamad Isyaku Rabiu CON is a Nigerian businessman. His father, Khalifah Isyaku Rabiu was one of Nigeria’s foremost industrialists in the 1970s and 1980s. Abdul Samad is the founder and chairman of BUA Group, a Nigerian conglomerate with interests in manufacturing, infrastructure and agriculture with a revenue in excess of $2.5 billion. He is also the chairman of Nigerian Bank of Industry.
In 2013, Forbes estimated Abdul Samad’s wealth at $1.2 billion, bringing him to the global billionaire’s club.

She was ranked 1121 on the list of the richest in the world with a net worth of $1.75billion.
Folorunsho Alakija is a Nigerian businesswoman who has replaced Isabel dos Santos as the richest African woman, and also is the richest woman of African descent in the world. She is a business tycoon involved in the fashion, oil and printing industries. She is the group managing director of The Rose of Sharon Group which consists of The Rose of Sharon Prints & Promotions Limited and Digital Reality Prints Limited and the executive vice-chairman of Famfa Oil Limited. Alakija is ranked by Forbes as the richest woman in Nigeria with an estimated net worth of $2.6 billion As of 2015.

He was 1011 on the list of the richest in the world with a net worth of $1.8billion.
Femi Otedola is a Nigerian businessman. He is Chairman of Forte Oil Plc, and appeared as one of only two Nigerians (alongside Aliko Dangote) to appear on the 2009 Forbes list of 793 dollar-denominated billionaires in the world, with an estimated net worth of over US$1.2 billion. Femi Otedola is the Nigerian President and Chief Executive Officer of Zenon Petroleum and Gas limited.

He was ranked 103 on the list of the richest in the world with a net worth of $10billion as at January 2016 but dropped to 7billion as at June.
Mike is a Nigerian business tycoon, and one of the richest black people in the world. His company Globacom controls Nigeria’s second-largest telecom operator, he also owns stakes in theEquitorial Trust Bank and oil exploration firm Conoil (formerly Consolidated Oil Company). Forbes has estimated his net worth at $4.6 billion as of March 2013 which makes him second wealthiest Nigerian behind Aliko Dangote.

He retained his number one position as the richest man in Africa. He was ranked 51 in the world with a net worth of $14.5 billion.
Dangote is a Nigerian billionaire businessman, who owns the Dangote Group, which has interests in commodities. The company operates in Nigeria and other African countries, including Benin, Cameroon, Ghana, South Africa, Togo and Zambia. As of June 2015, he had an estimated net worth of 17 billion dollars.

NOTE: THIS RANKING IS NOT BASED ON ANYONE’S OPINION, IT IS A COMPILED RANKING BY T.I.N MAGAZINE FROM CREDIBLE ASSETS RANKERS LIKE “FORBES”, AND OTHERS.
AND THIS LIST IS STRICTLY FOR YEAR 2016.

[THIS ARTICLE MUST NOT TO BE COPIED TO ANOTHER WEB PAGE WITHOUT PUTING A LINK BACK TO OUR SITE. Thanks]