Akinwande Oluwole Babatunde Soyinka is one of the most talented
playwright and poet in Nigeria. Wole Soyinka books are read throughout
the whole world. He was awarded the Nobel Prize in Literature in 1986.
He is the first African laureate. His poetic overtones and cultural
perspectives of his drama helped him to be recognized in the whole
world. He is from Yoruba tribe, Nigeria. In this article, Thistrend has 5 books of Wole Soyinka you must read, read through below. 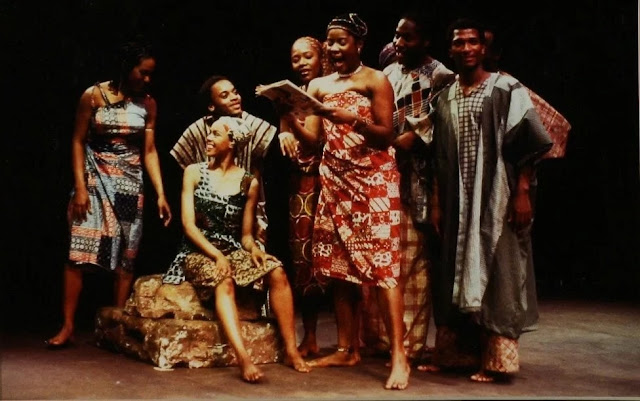 Wole Soyinka is arguably the most famous African author. He is the best
known as a playwright. His legacy is not only in his literary career. He
is also a scientist, poet, novelist, and actor. He worked in various
theaters in the Great Britain and Nigeria. Wole Soyinka writes in
English. Still, his works are rooted to his motherland – Nigeria. Yoruba
culture is the most related to him.

He included Yoruba traditions, tales, legends and myths in his works.
Alas, as any modern writer, he also influenced by the modern tendencies.
He is considered as a proponent of Democracy in Nigeria.

He criticized non-democratic and even authoritarian tendencies of Nigeria leaders in his books.

Wole Soyinka introduced the culture of Nigeria to the whole world. We
should all read these books one of our greatest compatriots. Here are
the Top 5 Wole Soyinka books you should read!

The Lion and the Jewel 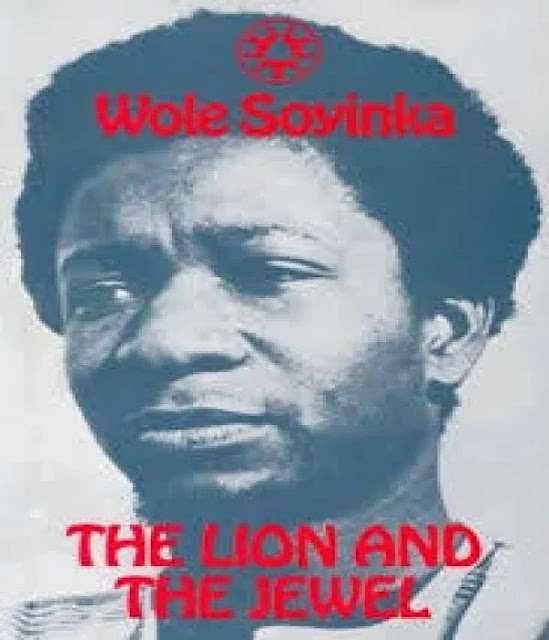 It`s one of the books by Prof Wole Soyinka that you should read. It was
performed for the first time at the Ibadan Arts Theatre in 1959. The
comedy is set in the remote village of Ilujinle. There are three main
characters in the play.

The first character is Baroka. He is a village chief and a tyrant who
only wants to have his own way. He detests Western ideas as he believes
that they oppose his rule.

The second character is Lakunle. He is a naive schoolteacher that has
come to the village. His heart is filled with hopes and dreams for the
future. He blindly accepts Western ideas without a complete
understanding of them.

The third character is Sidi. She is a gorgeous woman that has to choose
whom to marry. Baroka and Lakunle areso different! They both have
something to offer and they both want to marry the damsel.

Though the characters are exaggerated, they represent a clear
confrontation between two entirely different ideas. Both of them are
neither good nor evil. Both have their good and bad sides. In the center
of this is a woman, who needs to choose who she should spend her life
with. The adversarial relationships between the two antagonists create
comedic situations in the play. This makes readers read the book till
the end to find out who will conquer Sidi`s heart.

The Trials of Brother Jero 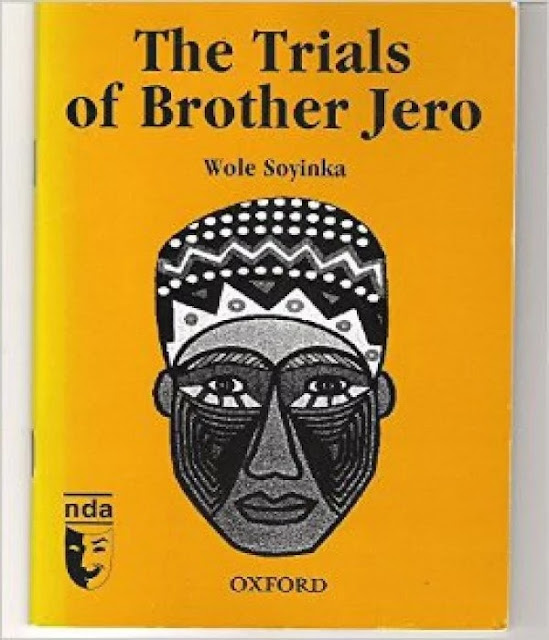 This book follows a simple day in the life of the self-proclaimed
prophet Jero. He is a person who wants to show he’s cunning and wise to
all people but fails to do that. The Brother Jero is a clear satire to
all false prophets created in today`s Nigeria. In the very first
monologue, the false prophet reveals that he is chosen by God to lead.
He also explains his vision of the prophet hood as a “trade”. If people
want to be close to God, then they should trade for His love with the
Brother Jero.

Other two main heroes of the play are Chume and Amope. Chume is a
follower of Brother Jero. He is also a messenger from the government.
Amope is his wife. 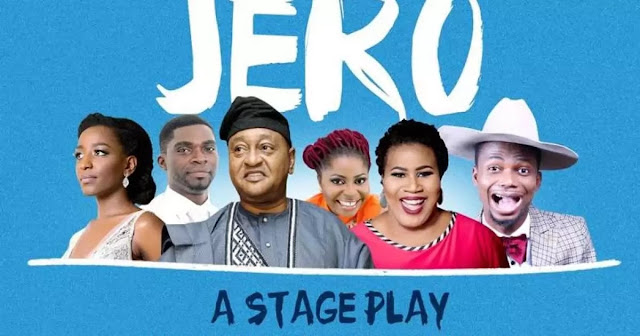 She wants to receive money from Brother Jero, which he owes her. She is
also a very ill-tempered woman who continually drives her man crazy. The
strange collision between three of them will lead to a very sad end.

This is one of Wole Soyinka books that heavily criticizes not only the
religion but also gender stereotypes. The prophet in the book is a
composite character of today`s religion situation in the country. It
also shows how this kind of people may trick others. The false prophet
of God may play a bad joke with followers and there is no government to
stop him.

Books from Wole Soyinka describe not only problems of Nigerian society,
but also the general principles of right and wrong. Madmen and
Specialists is one of those books. It describes a confrontation between
the forces of good and evil.

• What is good according to Wole Soyinka?
Good is represented by kindness, humanism, creativity, and altruism.
What is evil then? It`s a complete opposite. The sadistic, destructive,
selfish and reductionist nature of evil which does not assure a good
outcome.

In the book, you can find two supernatural characters. They are called
the Earth Mothers – Iya Mate and Iya Agba. They create a certain order
which rules in the universe. The antagonist of the book is Bero. He
claims to destroy the natural order and create chaos. Bero represents
the chaos of the book. He is a simple force of madness.

Wole Soyinka creates the Old Man, who opposes to Bero. The Old Man is
filled with wisdom of Socrates. The Old Man destroys the ranks of Bero
with only his mind. He provides the philosophy that can`t stand Bero`s
ideas. As a good character in the book, the Old Man believes that Bero
can also find a path to the salvation.

The book shows confrontation of good and evil, chaos and cosmos, order
and disorder. Still, good always wins and evil can always find its path
to the salvation. 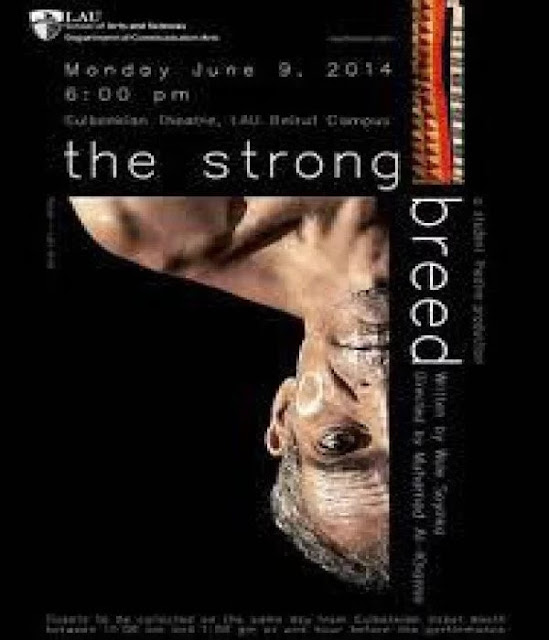 It`s a story about Emen, a man who lives in a strange village and has to
make the ultimate sacrifice to save it. It`s a tragedy where a person
has to make a choice between life and the common benefits. The main
protagonist shares common parallels with the story of Jesus Christ.

The set of the play has deep Yoruba culture. Wole Soyinka describes the
Yoruba`s New Year ritual. During this festival, Yoruba sacrifice a
carrier. Eman represents all victims of the so-called carrier. 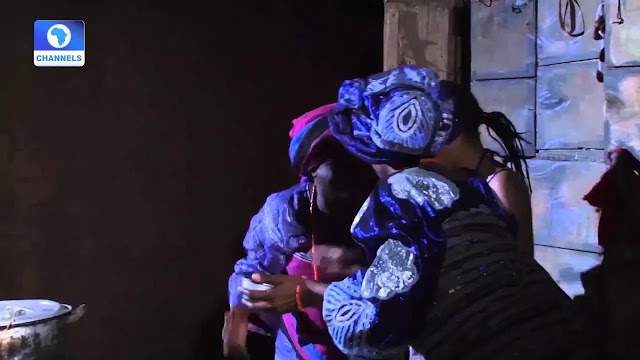 Death plays a significant role in the play. It represents a crucial
point of struggle between personal and public. Emon is brought to
readers as a person; he is nota Holy being. Still, he is not the first
victim of this cruel ritual. His father was also sacrificed for this
common goal.

Wole Soyinka questions a repressive ideology which regulates this
ritual. In this play, ideology plays a bridge between imaginary and
real. The ideology and real world have its own relationship. People want
to enter the imaginary world and they follow ideology to do that. What
happens when ideology is wrong? If it lets individuals make sacrifices
for nothing? Wole Soyinka tries to show you answers through the prism of
Yoruba society.

The Beautification of Area Boy 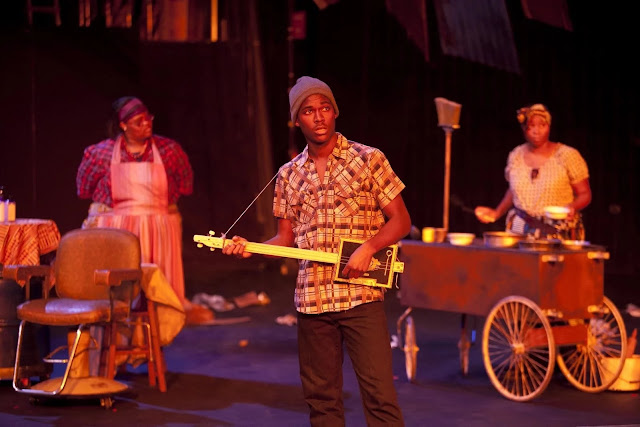 That`s one of the recent books of Wole Soyinka. In this story, he
portrays a life of the street urchins or “area boys”. The plot of the
play is set in Lagos, Nigeria. The main personages of this play show how
they face the everyday struggles and challenges.

Sanda is a university drop out. His wit helped made him a student but
life forced him to dropout. He is a leader of a syndicate. Sanda works
as a security guard in a shopping mall where he finds potential victims.
Wole Soyinka portrays Sanda as the Nigerian version of Robin Hood. The
character is a criminal but he is also a product of military oppressive
rule. 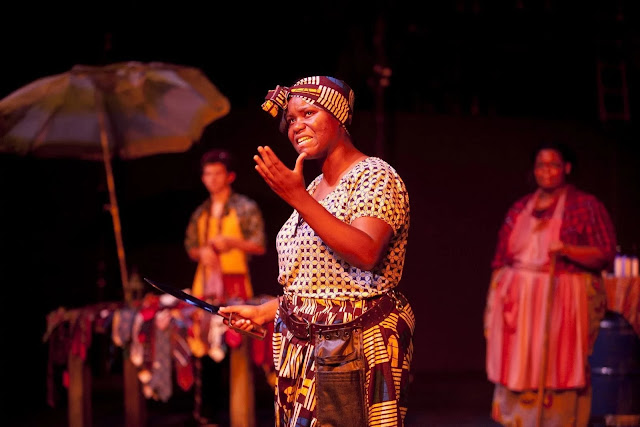 The second character is Miseyi. She once studied at the same University
as Sanda. Still, her quick judgment condemns any relationship between
the two. Alas, when she starts to know him better – it becomes a new
love story.

Another main character of the play is Judge. Through his deeds, we find
Wole Soyinka`s philosophy of this play. Sometimes justice can be
provided not through the laws but the merciful deeds.